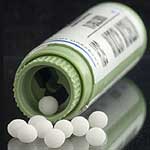 In homoeopathic practice, the enormous clinical scope and widespread application of polycrests is imbibed in the very definition as stated by Hahnemann in Nux vomica chapter of Materia Medica Pura where he described them as medicines ‘the majority of whose symptoms correspond in similarity with the symptoms of the commonest and most frequent of human diseases, and hence very often find an efficacious homoeopathic employment’.

The well known and common indications of these medicines have, over the years, served as backbone of their prescribing in majority of cases.

In order to realize the enormous scope of their clinical utility, it is imperative that we fully appreciate their lesser known indications which have been scantily emphasized in the works of different authors of Materia Medica.

This paper describes those case studies that clinically verify the lesser known indications of polycrests, duly evaluated on the yardstick of modern medicine parameters of Evidence Based Medicine.

Clinically diverse conditions, ranging from genetic disorders such as Thalassemia and Primary infertility due to Genetic translocation to auto-immune conditions such as vitiligo and Terminal ileal ulcer (suspected Crohn’s disease) and others such as Lichen simplex chronicus and Pre-patellar bursitis, diagnosed in accordance with the accepted parameters of modern medicine, were treated homeopathically on the basis of concept of concomitance, as described in the works of Hahnemann and Boenninghausen. However, the concomitance utilized for prescribing was a lesser known indication of well known medicine such as Sepia, Nux Vomica, Phosphorus etc. which served as guide to similimum. Appropriate general management measures and posology were decided on the merit of each case, principally keeping in view the stage of disease, susceptibility of patient, in general, and to the remedy. The patients were followed up at fortnight intervals or earlier if any acute condition arose.

The cases were evaluated on the basis of clinical analysis, photographs and specific investigative markers.

RESULTS: The cases showed marked subjective and objective improvement in the specific evaluation parameters adopted as per each disease diagnosis.

CONCLUSION: Based on clinical analysis and reports of pre and post treatment investigative markers, the case studies highlight the evidence based efficacy of polycrests with clinical confirmation of lesser known symptoms in varied disorders. However, there is a need for further case studies and adoption of research design for clinical confirmation of such lesser known prescribing clues of polycrests.